In the last week we have been very lucky to be treated with some very nice Leopard sightings in the northern section of the park. With two individuals giving us very stunning sights of them.

This young Leopard has given us a few chances in the past week to get close and personal with her, she is very relax around the game viewers and get within several meters of the Game Viewers. We were able to view her twice in the past week. 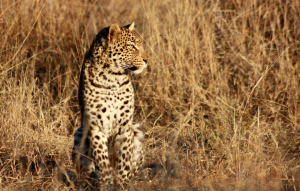 The Older Leopard made a prize kill which was an Impala ewe, hosting his kill into a large Monkey thorn on the plains to keep it out of the reach of other predators that maybe around. We manage to sit for over an hour with him feeding on the Impala while the Brown Hyena kept close by for any free offerings that may fall off of the kill with the Leopard moving it higher into the tree. The next morning we went back into the area to see if he was still feeding but had moved off and the kill was gone. 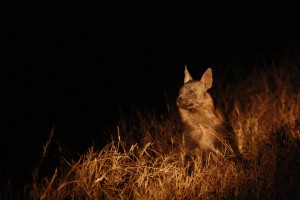 Our Leopards are becoming a lot more relaxed around the Game Views, and we are starting to see them more often and better, as this week has shown