This time I decided to WOW you with a blog of some non-big 5 photos.

For some reason I was intrigued by the moon. So I pulled my camera closer, grabbed my bean bag and positioned the lens to take a photo off the moon. At first I thought I would take a shot or 2, but then 13 shots later, I had my first moon shot! Proudly I gave myself a pat on the shoulder.
So here you can get to see the difference of three nights of the moon’s face. The moon is in the waxing phase which means that it is in the phase of becoming full moon. After full moon, it will be called waning. If there is no moon visible, it is called new moon (not the vampire and werewolf’s movie) and this is the time period where it then changes back to waxing. And so the cycle just keeps on changing.
Night 1 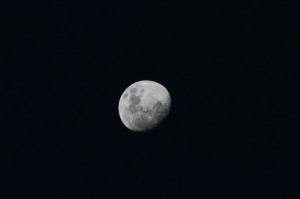 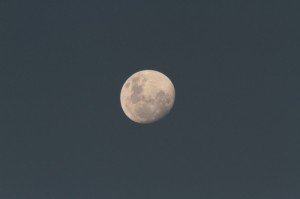 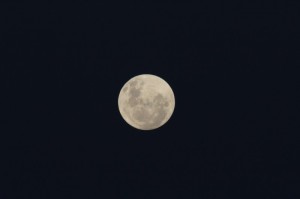 I know I said that it is a non big 5 blog, so we can call these “spoor” (tracks). Spoor of a leopard tortoise “ha ha ha”, yes, a leopard tortoise, that’s right. You can see that the spoor is quite deep; the reason for this is because of the heavy shell it has to carry. These creatures hide themselves so well that we rarely see the spoor (just like the leopard spoor we are looking at her, however, we are not allowed to talk about the big 5 on this blog). The leopard tortoise got its name from the similar resemblance of patterns on its shell (similar to the actual leopard). A very interesting fact is that the dung of the leopard tortoise also looks remarkably similar to the dung of the actual leopard! 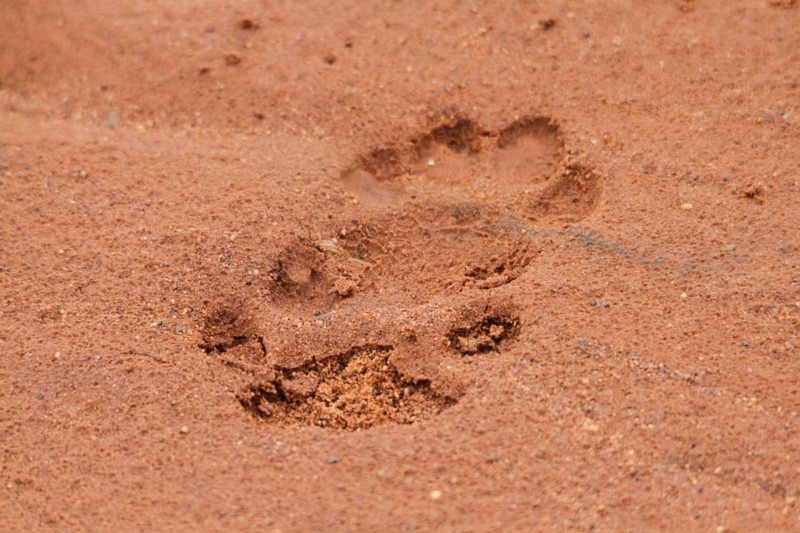 We stopped for a coffee break. Guess who pops his head up to surprise us? Not too close, not too far. 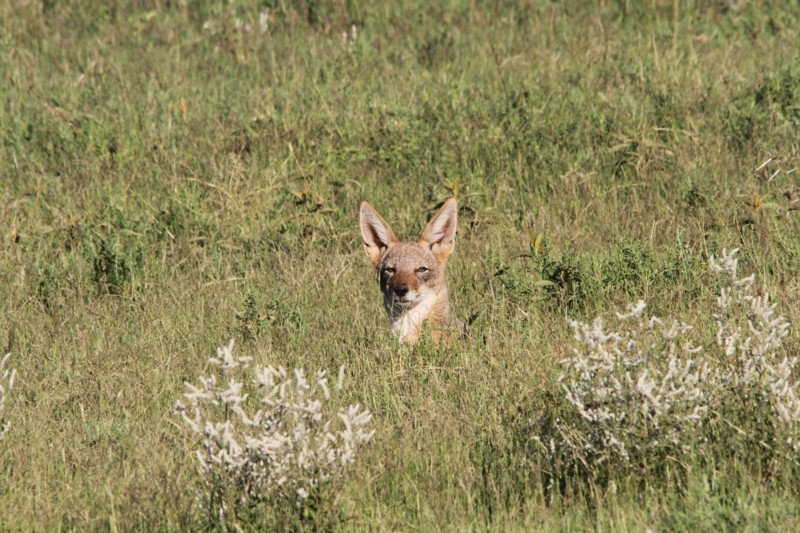 We had a lovely sunrise over the plains the one morning and we found this group of Springbok just enjoying soaking up the sun. 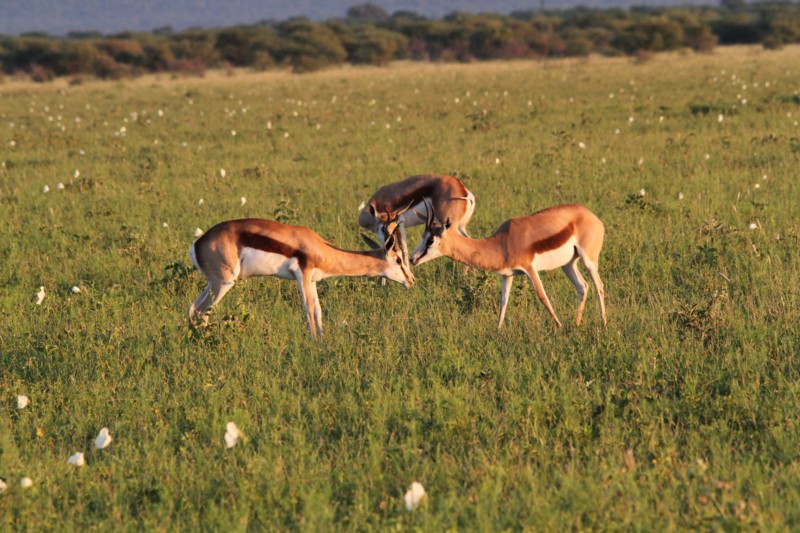 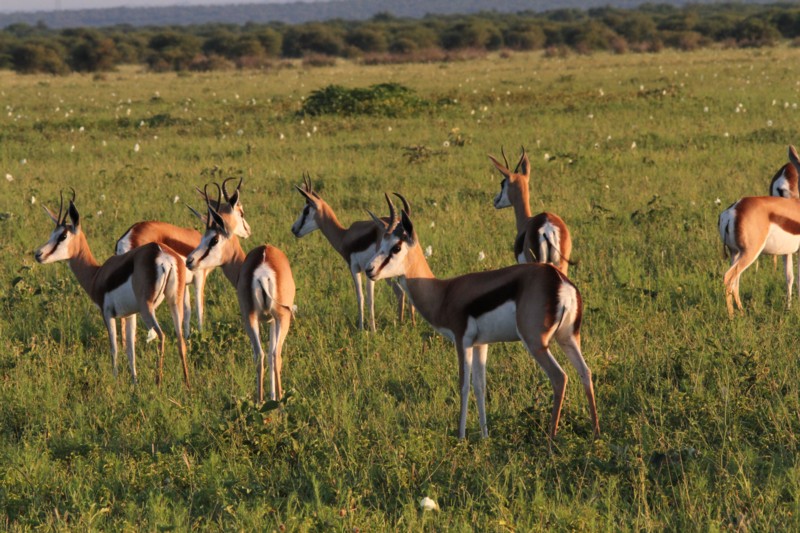 Someone needs to stay off the mushrooms a bit. 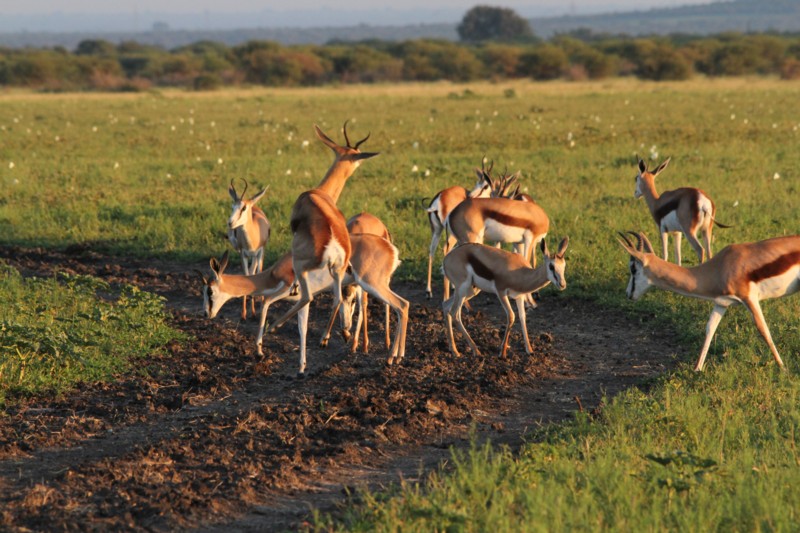 These guys you don’t see often. The Klipspringer, what a remarkably little antelope! 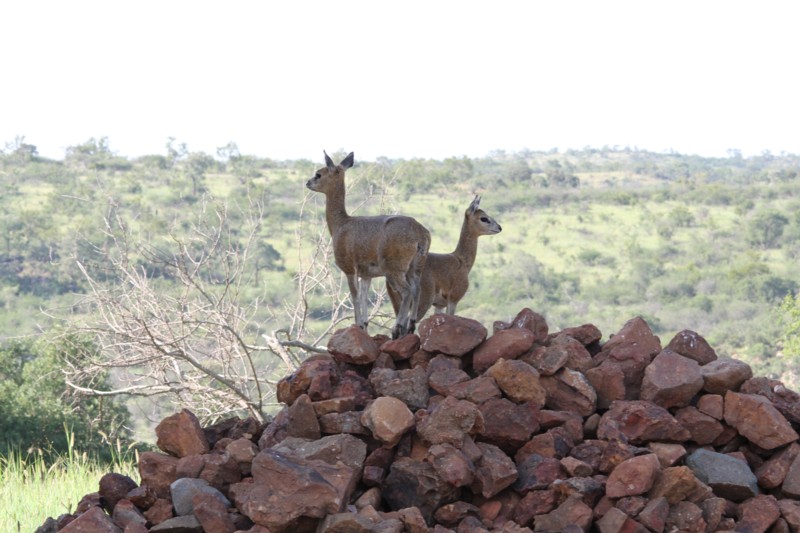 When we drive along dams, puddles or even rivers, we sometimes come across these white foam blobs in the trees.

A lot of guests have asked me what it might be. Well it is a nest belonging to the foam nest frog. It is a chemical reaction that forms when the male and female rubs there back legs together. She will lay the eggs in the nest and the male will then fertilize the eggs. That means that the eggs and tadpoles are safely secured from fish and birds that normally choose them as a delicatessen to snack on.

As we have just mentioned birds, let’s have a look at a couple of birds.

We can start off with the bird whose bird call is his name (in Afrikaans), the Hoep-hoep, and in English the African Hoopoe.

…and the old wise one, the Spotted Eagle owl.

Not the best, but a hovering Black-shouldered Kite. 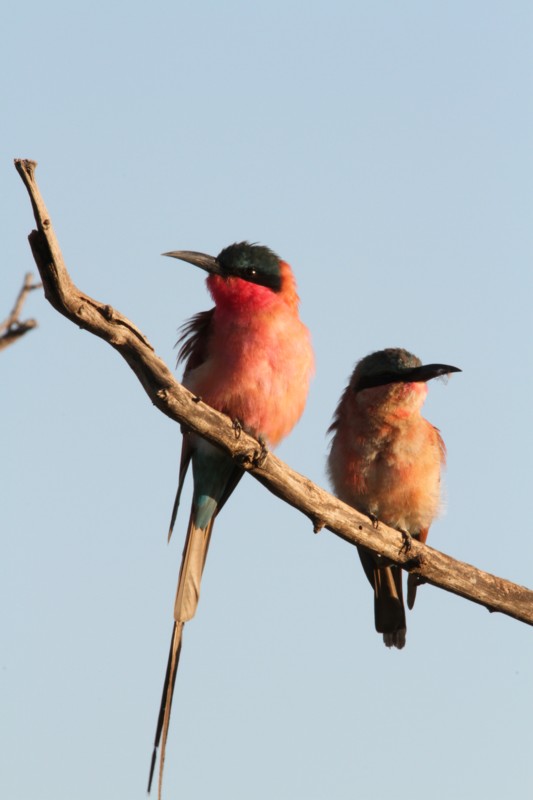 One of the small doves in Madikwe, the Namaqua Dove, oh so pretty. 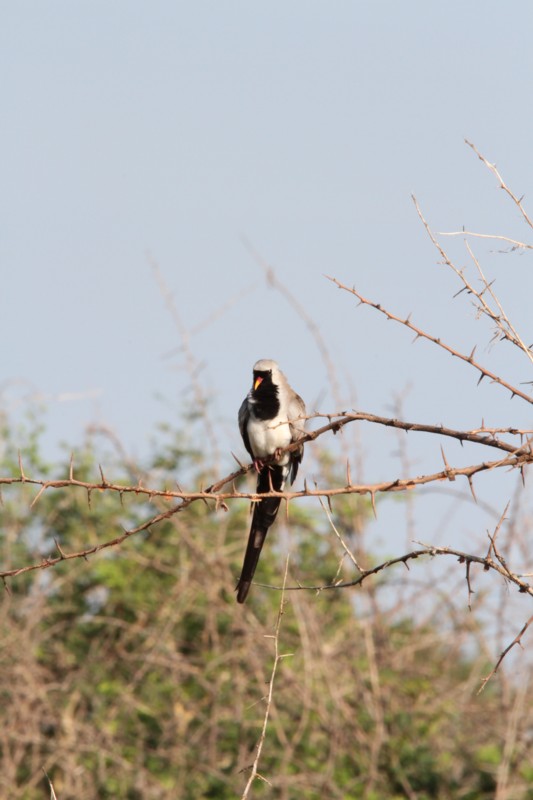 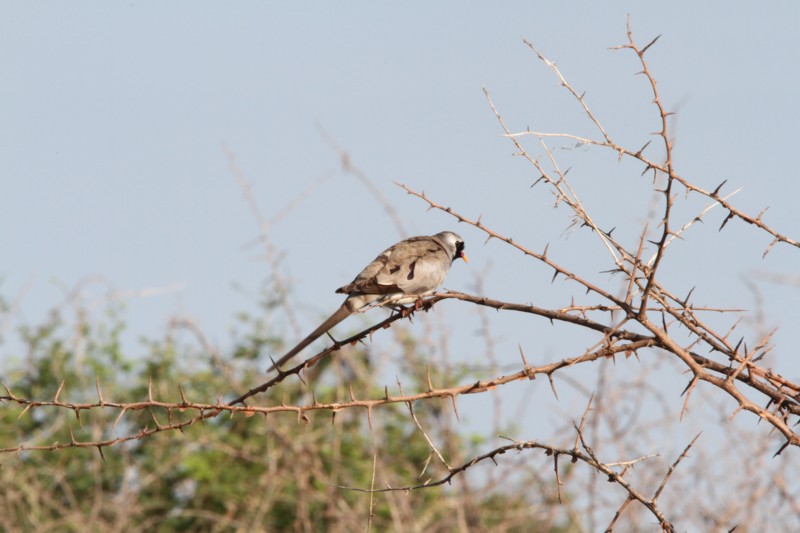 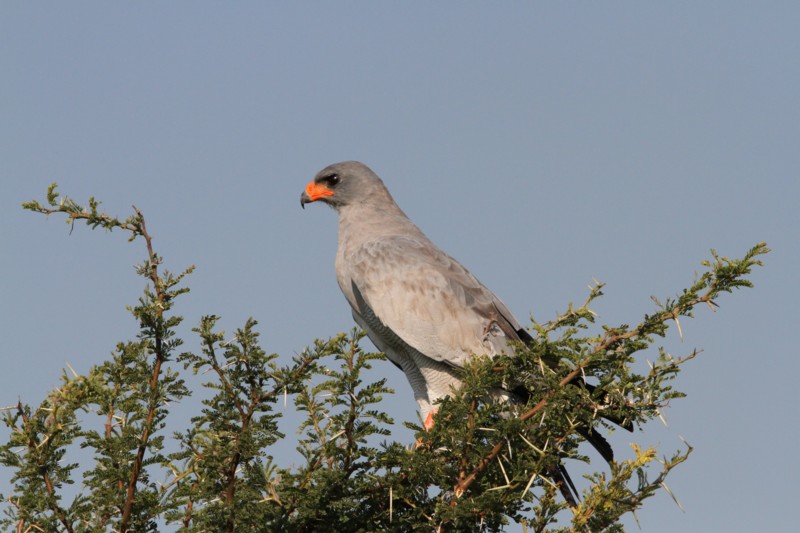 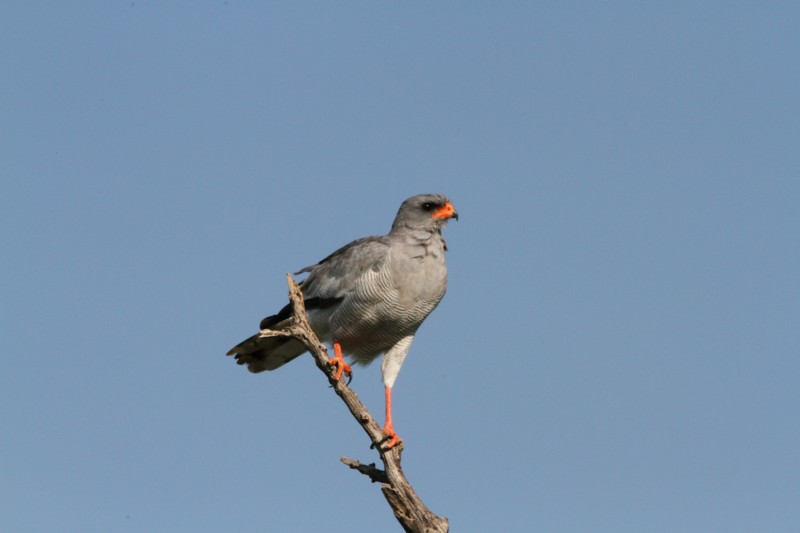 Some of the bigger ones: here we have the Secretary bird on top of a sweet thorn’s crown, a very common spot where they prefer to build their nests. 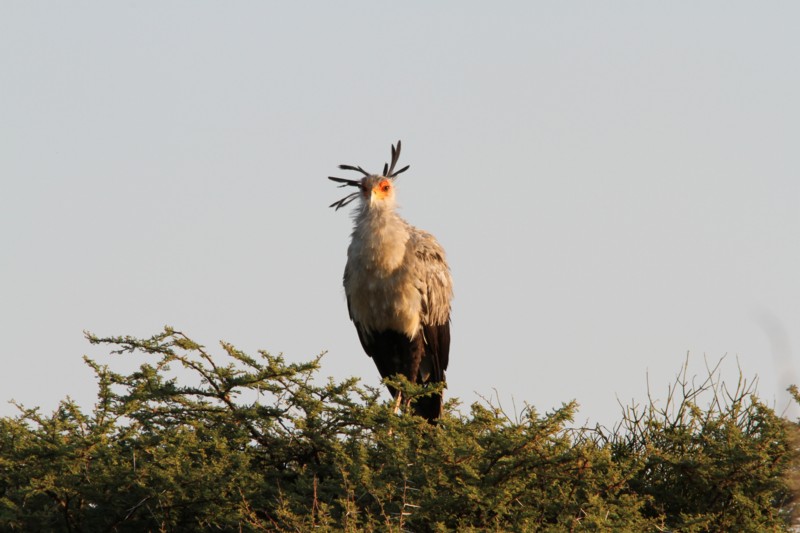 And then an even bigger bird, the Kori Bustard, the heaviest flying bird in the world in between 14.5kg to 18kg. 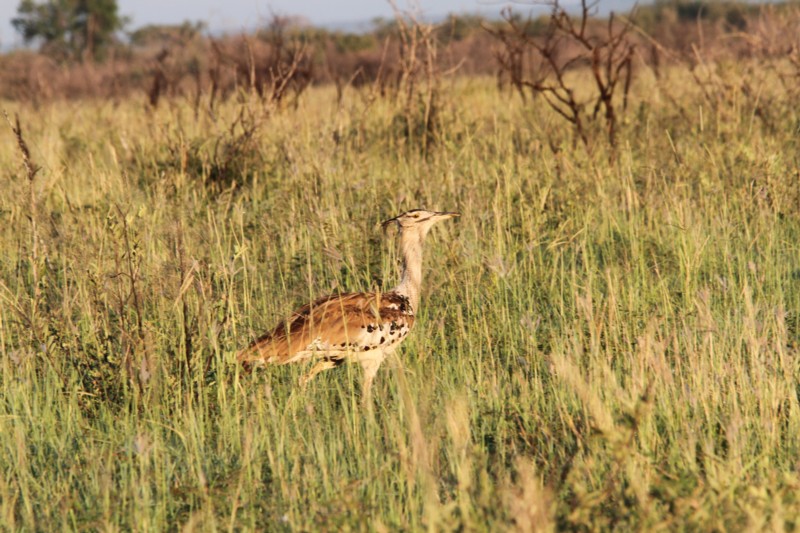 For most people the Southern Yellow-billed Hornbill bears a resemblance to the Banana Beak in The Lion King. Or in Zazu’s own words: “It’s Mr. Banana Beak to you, fuzzy.”

Here we have the Duck with the most peculiar bill, the Knob-billed Duck or Comb Duck. 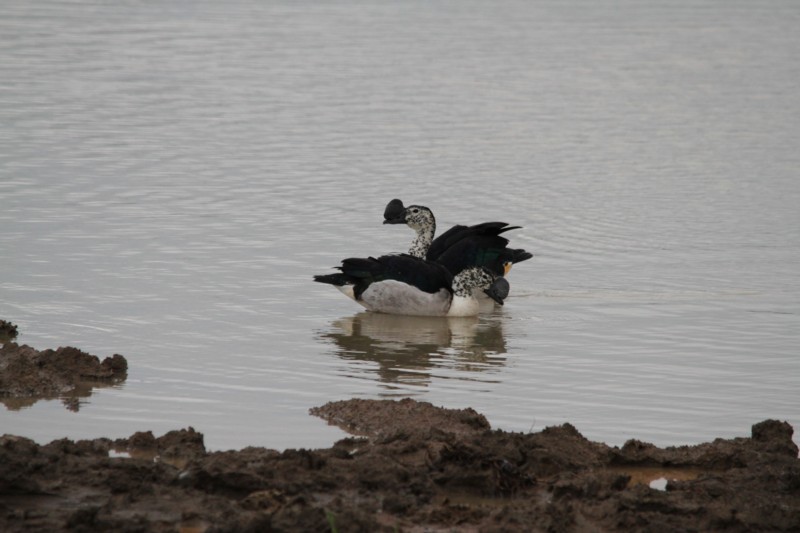 The Zebra is truly one of the most photogenic of all non-big 5 animals. Here in Madikwe we have plains zebra, also known as common zebra or Burchell’s zebra. 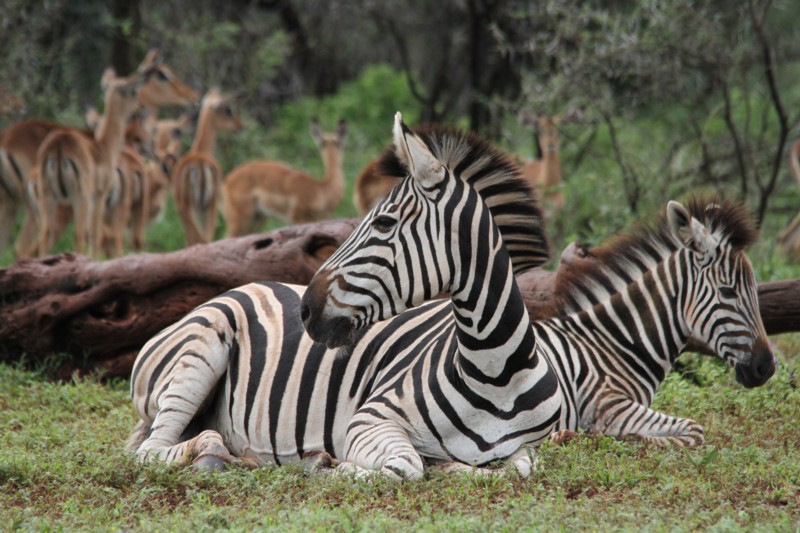 We located these Zebra at Nare hot spot while they were eating sand for the salt and minerals in the sand to supplement their diet. 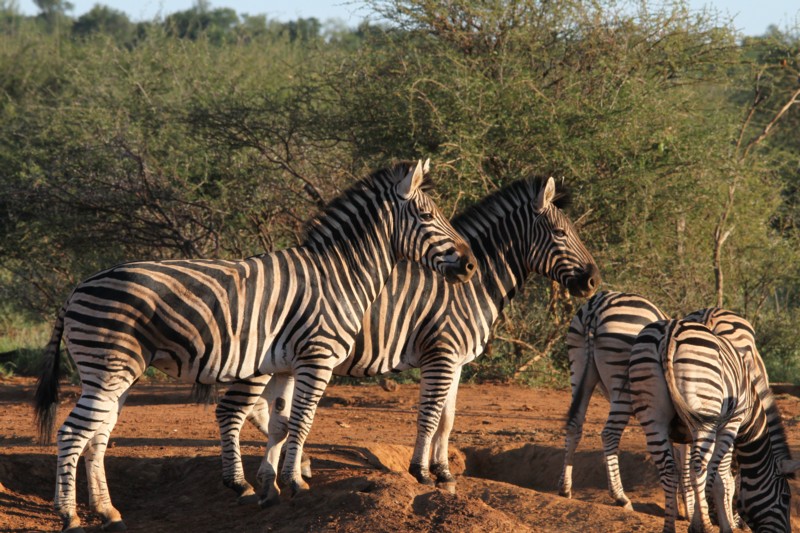 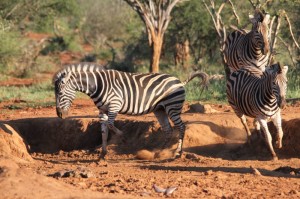 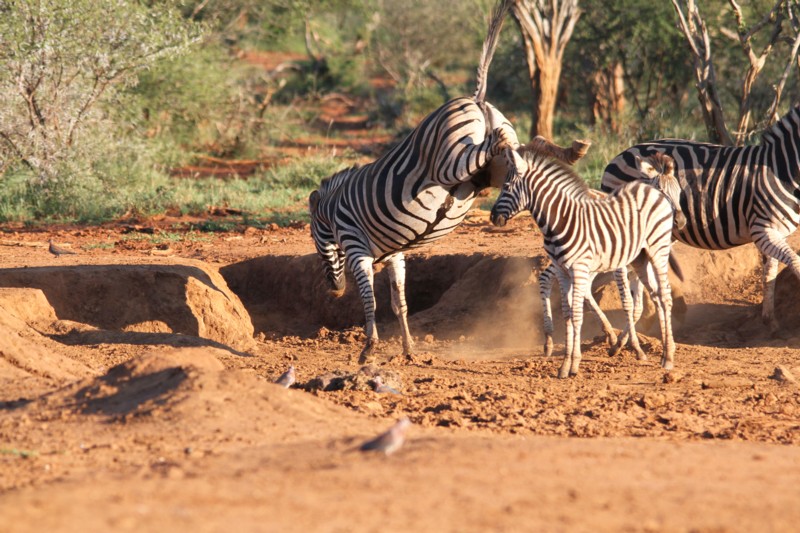 Last but not least the Giraffe, the word that means “he who walks gracefully”. 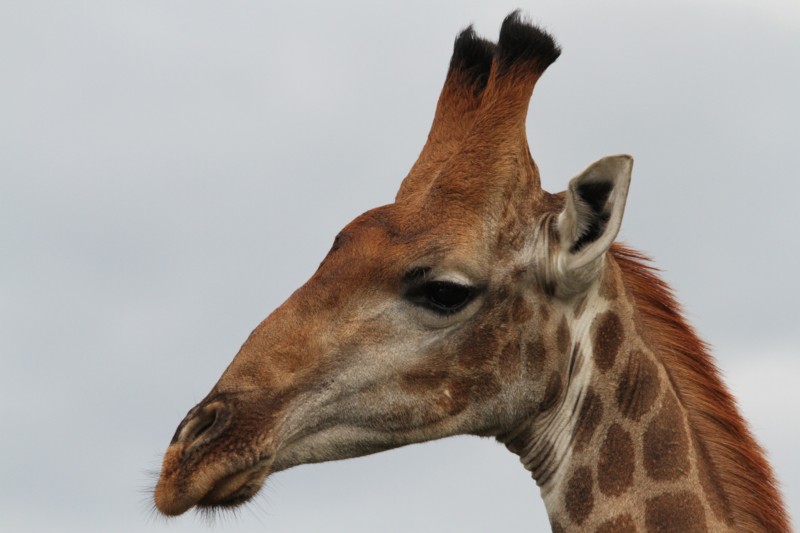 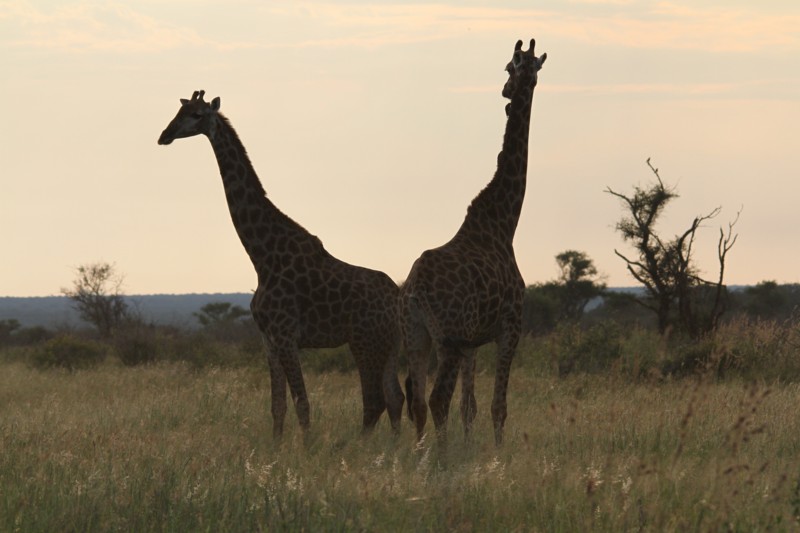 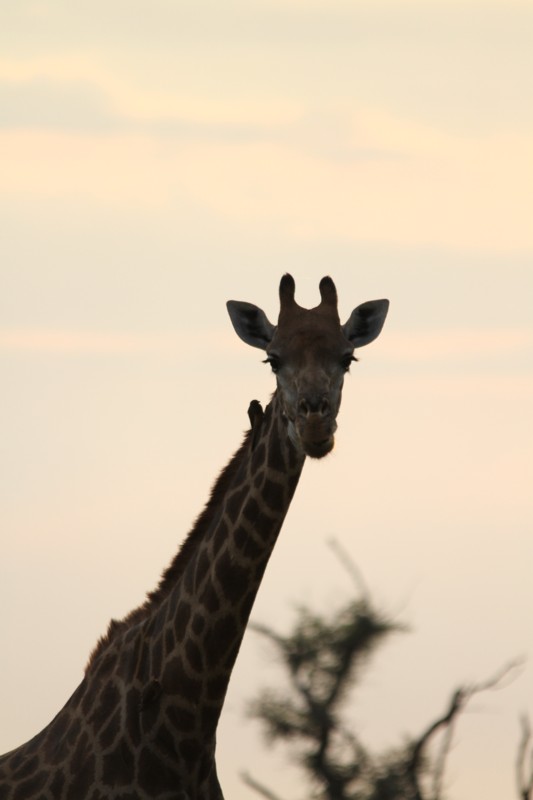 We end with a gorgeous sunset in Madikwe, a sunset true to Africa… 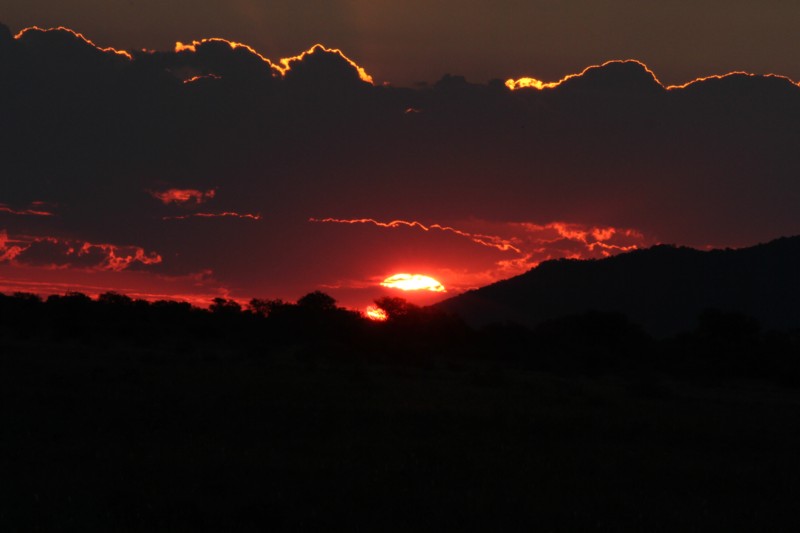