Leading You Through Our Magnificent Wilderness with Endless Knowledge and Passion 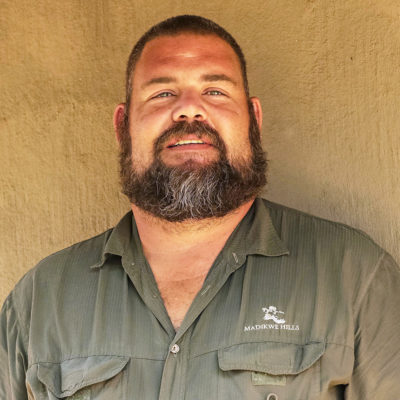 Ernst was born with a passion for the outdoors and from a young age his interest in camping, fishing, the outdoors and his love for animals were very obvious to his family. This also made him the ‘odd one out’ in the family and he often worked on farms in his school holidays. He studied Game Ranging and Lodge Management and in 2002 Ernst started his first guiding work that incorporated security work which enhanced his love for animals. He could actively assist in their protection and had the opportunity to work in KwaZulu-Natal, taking drives into Hluhluwe-Imfolozi, St Lucia and Mkuze, which in its own is an amazing Biome. He got his first opportunity to experience Madikwe Game Reserve in 2005 and it allowed him to develop another passion – trails/bush walks and photography.

In 2007 he had the opportunity to experience the Sabi Sands and Greater Kruger area. He loved time there but my heart longed to go home. In 2008, back at home volunteered his free time as an Honorary Officer, enabling him to give back to the community and to assist in training of new guides in the park. Ernst feels privileged to work at Madikwe Hills in Madikwe Game reserve. He feels Madikwe gives guides a freedom that allow them to share the bush in ways that it is meant to, allowing them to go off road and track the animals. He loves sharing his passion for the bush with guests and sharing the wonder that is Madikwe. 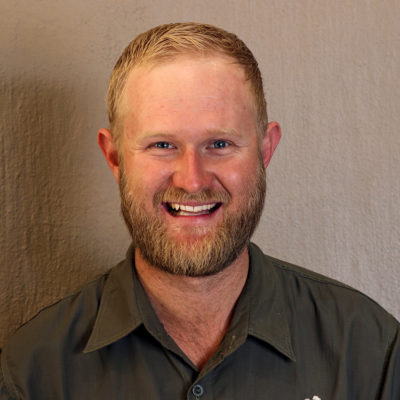 Trevor was born in Zimbabwe in Harare in 1989. He spent much of his younger life outdoors looking for insects and other creepy crawlies. He was the youngest member of the herpetological society of Zimbabwe and a member of the beekeepers’ association of Zimbabwe. Trevor has always had a fascination with the intricacies of the bush. He and his family emigrated to south Africa in 2005 and in 2008 started attending a two year diploma in game ranging and ranch management, where he was inspired and motivated by his amazing and passionate instructors. Tevor’s guiding began in the Eastern Cape of South Africa in 2010 where he spent 3 years. In 2013 Trevor moved to Madikwe Game Reserve in 2013 and has never loved a reserve so much.

“For I envy the man who has not been to Africa before, for they have so much to look forward to.”

Sam (Kega) grew up in a small village about an hour and half west of Madikwe Game Reserve. His bush-life inspiration comes from him being raised on a farm and he always wanted to become a guide. Sam started working at Madikwe Hills in 2004 as a butler. After 8 months he became a tracker, and worked his way up to a guide in 2006. In 2008 Sam married Irene, our Front of House Manager, who he met at the Lodge. Sam has reached his dream and is so passionate about the bush. He says Madikwe Hills is ”home sweet home and will always be around”. 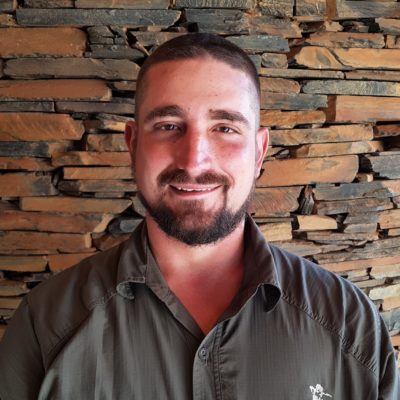 Wayne was born in the capital city, Pretoria. From a young age he was fascinated by animals. He had almost every pet imaginable. He started going to Kruger National Park from the age of 8years old and absolutely adored it. On one of his trips, he remembers seeing a game ranger riding his bicycle through the reserve and decided then and there, that is what he wanted to do.

He started guiding on small farms and reserves and eventually moved onto Pilanesberg, Kruger National Park, greater Kruger and a bit of work in Pongola game reserve in KwaZulu Natal. Wayne is interested in animal behaviour (ethology), interactions and cultural history of an area. He loves walking safaris, spending time looking at the tracks and signs animals leave behind.

Cameron was born in 1986 in South Africa’s largest city, Johannesburg, but knew that his heart belonged in the wilderness since before he could walk. After school, he studied business management for a year before realising that he needed to follow his dream of living a life on safari in 2006.

He spent five years honing his skills in the world famous Sabi Sand Reserve and other private game reserves around the greater Kruger National Park before branching out into a completely different ecosystem in the Kalahari Desert for a further three years. An amazing opportunity came his way in 2013, when he was offered a position with a bespoke safari company in the UK as their Southern Africa specialist. During this time he was fortunate enough to travel to most of the top lodges, game reserves and national parks in Southern Africa.

Upon his return to South Africa he started his own company and became a field guide trainer, assessor and private specialist guide. He has forged a name for himself as one of the most qualified guides in Africa and holds an array of qualifications with the Field Guides Association of Southern Africa. After training guides at many of the lodges in Madikwe Game Reserve, with us Cameron found the perfect base to explore our spectacular expanse of wilderness and joined us at Madikwe Hills in 2020.

From the moment we arrived we never wanted to leave. The staff were absolutely fantastic and everyone went out of their way to ensure we stayed in absolute luxury and never wanted for anything. […] Althi, our guide made sure we didn’t spend too much time lazing around in the rooms, with the early morning call at 4.45 am but once we got out on game drives watching the sunrise and spotting game she was soon forgiven! She and her spotter, Sidney, ensured that we saw a vast array of game – we even got to see the wild dogs hunting.