Getting to Know The Wild Dogs of Madikwe - Madikwe Hills Menu

Getting to Know The Wild Dogs of Madikwe

In December 1994, forming part of a massive game translocation operation named Operation Phoenix, six African wild dogs were relocated into the Madikwe Game Reserve. Three females and three males, were placed into an enclosure, following which they formed a new pack and were later released into the reserve. The project was a resounding success and today Madikwe has a thriving population of Painted Wolves.

African wild dogs, also known as ‘Painted Wolves’ are the largest of the wild canids in Africa and one of the continent’s most endangered carnivores. Once called Cape Hunting Dogs, it is estimated that less than 7000 wild dogs exist in the wild. Viable populations are only found in larger reserves and uninhabited areas of Eastern and Southern Africa. 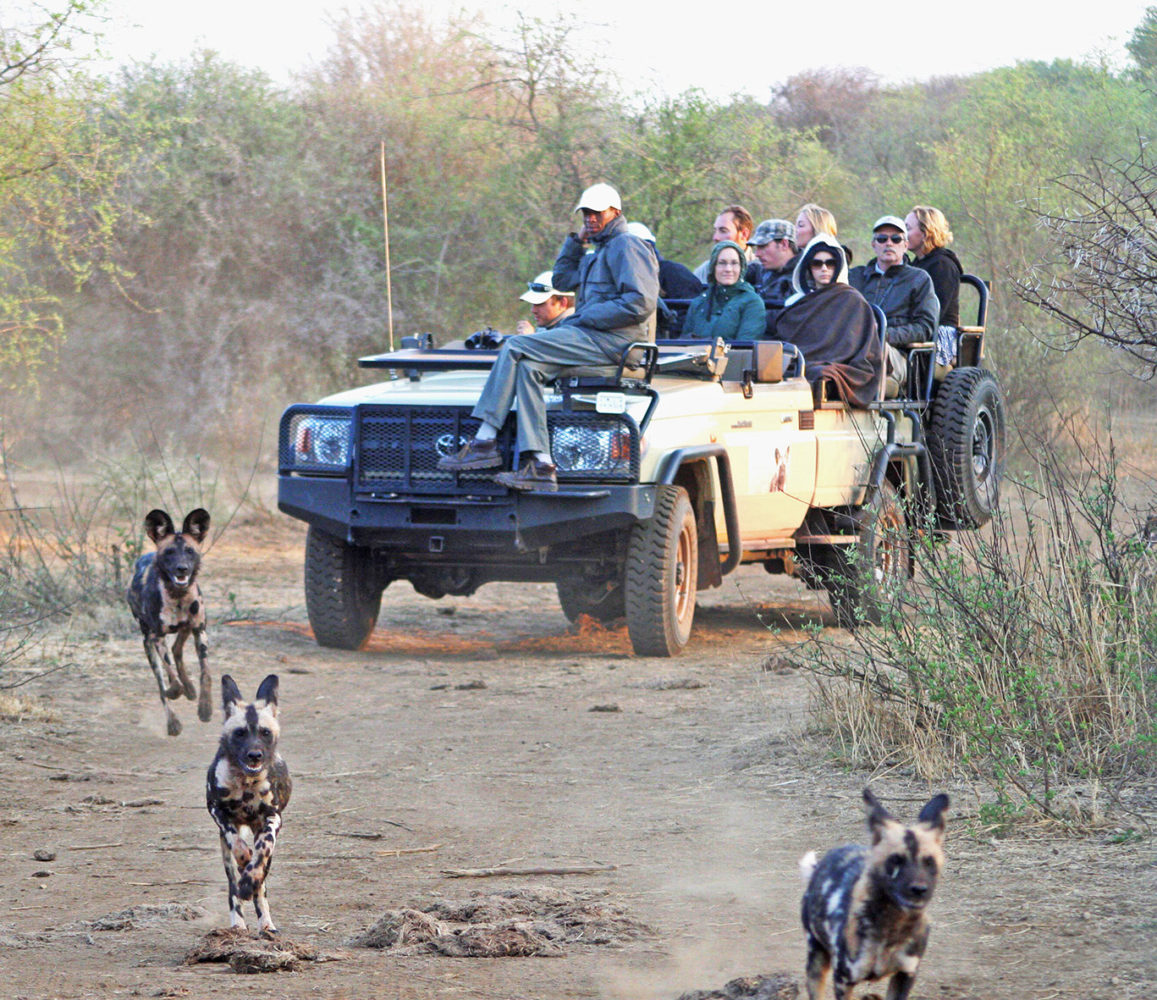 Despite susceptibility to diseases such as rabies, diminishing natural habitats, threats from other predators and persecution by man taking a toll of population numbers, there is a world-wide collective effort to protect and conserve these gregarious animals. To find out how you can play a part in the ongoing protection of the species, take a look at the Painted Dog Conservation website.

Have you been lucky enough to spot African wild dogs while on safari in South Africa? If not, it might be time to book a trip to Madikwe Hills Private Game Lodge situated in the heart of the Madikwe Game Reserve. Find out more here and book your stay today.