The last couple of days, our camera trap at the main water hole at the lodge, has been capturing some great shots through the day and night.

On the 18/5/2013 we had a very nice herd of Cape Buffalo come to have a drink, while the guest where having High Tea befor the afternoon Game Drive. 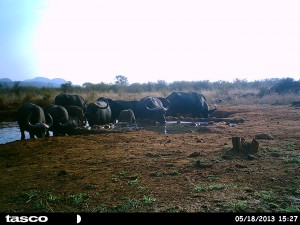 The night of the 21/5/2013, the camera trap manager to catch a male Lion having a drink of water at the main lodges water hole at 1:01am while every one was sound asleep. 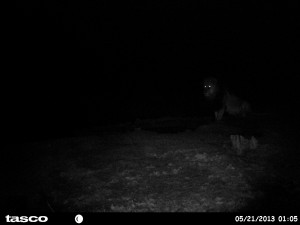 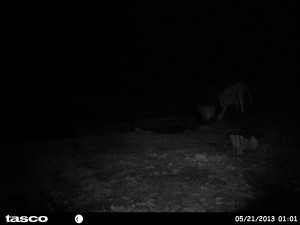 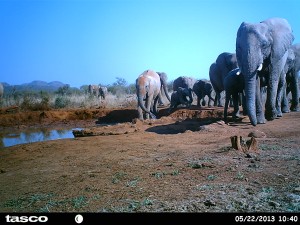 The morning of the 23/5/2013, the camera trap captures Dwayne and Samuel, tracking around the water hole, trying to see if the lions had been there during the night, as we had tracks heading from one of the roads in the park to Madikwe Hills. Needless to say the camera trap had caught this lion 2 nights befor at the water hole 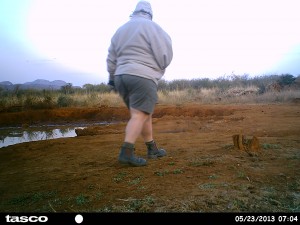 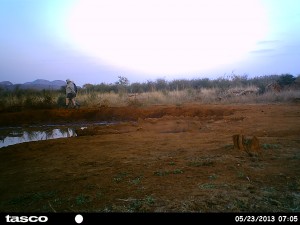 Not even 10min after Dwayne and Samuel where around the water hole, a very special animal to the park passed by the camera trap and we managed to get a glipce picture of this beautiful Brown Hyena passing by 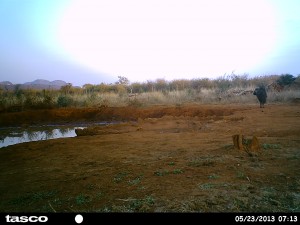